The Opera House most famous and oldest in the world, the largest in the peninsula, and the most prestigious theater in the world already called Real Teatro di San Carlo, today as the Teatro San Carlo resides in Naples . Overlooking Via Teatro San Carlo and next we find Piazza Trieste e Trento, was a symbol of Naples remarked that the degrees of talents European city. 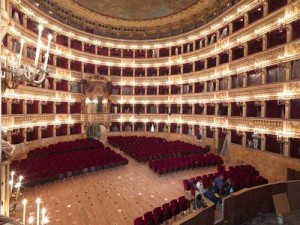 It was founded by King Carlo of Bourbon, and was opened on his feast day in the year 1737.over the centuries has hosted famous names and great character work among which Domenico Cimarosa and in 1778 appeared during an audience Mr. Mozart.

The theater is located on the north side of the Royal Palace and the 2011 is the Memus that inside we find old photographs of musical instruments, paintings and documents at this historic museum quest’are can also visit the rooms of the theater.